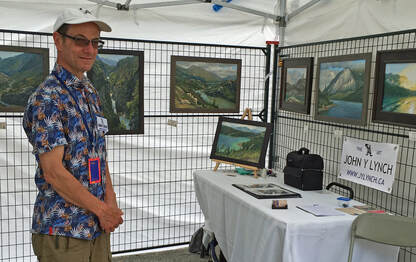 "My formal art studies awakened in me a great love for the Old Masters, and particularly the work of 19th and early 20th Century painters.

In my landscape work, I seek to transport the viewer to another place and time. To excite the imagination; to evoke memories and associations, and a love of fantasy and beauty.  In my portrait work, I strive to capture the unique character of my  subjects  at a moment in time."

Canada is home.  It’s the only home I’ve ever known.
I grew up in peace and prosperity, thanks to the sacrifices of people like my Dad
and others who risked everything so we could live in freedom today.  THANKS DAD!
Copyright © 2022